Lisette Markam has performed in musical theater, theater, and opera since she discovered her love of performance at Tulane Summer Lyric Theater. As a trained lyric soprano with 20+ years of ballet, tap, and jazz, she has appeared in over 30 stage productions. She has a working knowledge of french and won her first sailing trophy at the age of 12. In the past 6 years she has expanded her performance as a character actress to video, film, and commercial work. She just completed work in the supporting role of Katherine in an independant film, "Intrusion Disconnected", to open in 2013. This film has already received an award for its script. She is cast in "The Huntress". She emulates Angela Lansbury and Betty White's careers, with plans never to retire!
Height: 5’ 1"
Weight: 165
Hair: Blonde
Eyes: Blue
Bust: 38, D
Shoe: 7
Waist: 37
Hip: 44

"How Much Can You Save"
Lady serving hot cocoa

The Brook
Spokesperson and voice over 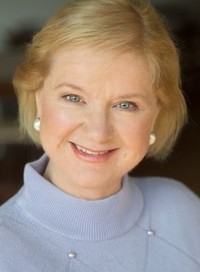 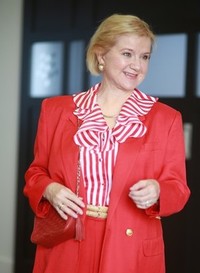 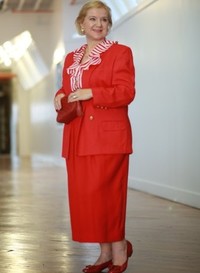